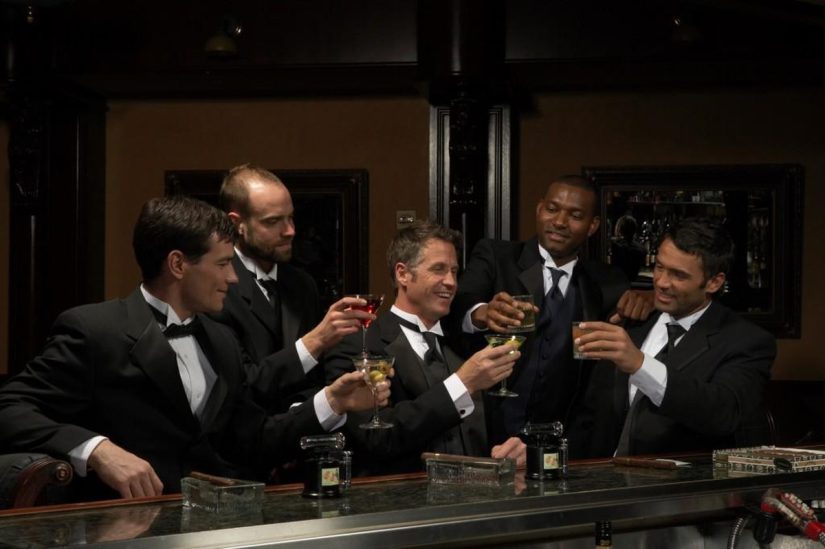 Bachelor parties are one of the most controversial celebrations around the globe, as most of them involve a wild night with heavy drinking and strippers the day before getting married. With over 2.2 million weddings a year in America, this tradition has become increasingly popular, and today Party Rentals in Miami will travel back in time to bring you the history of bachelor parties

This is the Spartan’s way

Spartans used to celebrate the future husband’s last free night. When you think of a bachelor party, you probably think of “The Hangover,” and while bachelor celebrations have a bad rep because they imply infidelity, not all bachelors parties are like this.

Some of these celebrations only involve music and dancing and even dinner, as the Spartan soldiers did, they held a dinner in their friend’s honor and made toasts on his behalf. Today, a bachelor party involves party planners, catering services and even party rentals that provide package rental packages, as bachelor parties are pricier than actual weddings!

Going back to our fellow Spartans, they didn’t use the “term” bachelor to refer to the soon husband to be. The term first appeared in Geoffrey Chaucer’s Canterbury Tales, and it was used to describe an unmarried man. This term appeared once again in 1922 in Chamber’s Journal of Literature, Science, and Arts to describe a “jolly old” party. In reality, this celebration has become a global one and is known by different names, but the essence is the same.

In the past, there was a traditional celebration in Europe for both groom and bride to be where dinner was given in honor of the marriage. As time passed by a more formal event for the bride appeared, known as bridesmaid luncheon, this one involved lunch with tea and traditional clothing.

In 1896, a dashing party thrown by the grandson of a famous politician for his brother before his wedding made the local news and the police which expanded rumors that a renowned belly dance would be performing naked. Nowadays, Hollywood is partially responsible for wide spreading the new concept of bachelor parties in their movies for both, men and women.

However, in real life, it wasn’t until after the 19th century that these events became gender equal, as the beginnings of the Bachelorette Party stayed far more formal and sophisticated. These ideas changed during the sexual revolution in the 1960’s where women began celebrating bachelorette parties that allowed them with the opportunity to express their sexual freedom with drinking games and male strippers.

Nowadays, pre-wedding celebrations can be more expensive than the wedding, as they involve lavishing parties with dancers, a lot of alcohol and even exotic destinations. However, there are some bachelorette party planners who have changed the trend to more unique parties that involve girly stuff like manicure, cocktail nights, spas and even lessons to learn how to pole dance.

In the past, finding party supplies themed décor, games, invitation, and games for bachelorette and bachelor parties were challenging to find. Now it is easier to find these party supplies and other novelties at any party rental. The items may vary from mild to wild, depending on the soon to be wed focus, and many items are similar to standard party supplies like balloons, tableware, centerpieces, sound systems and even bounce houses.